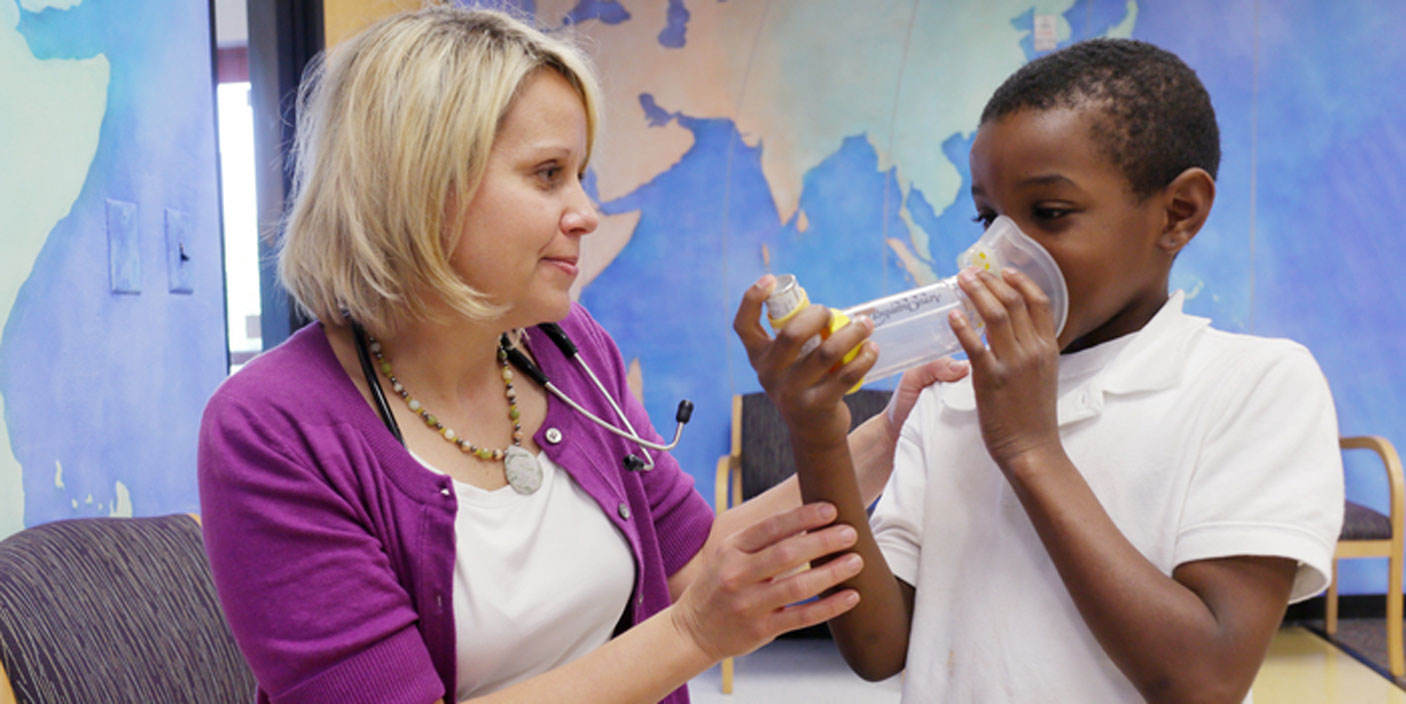 Researchers at Cincinnati Children's, in the Division of Asthma Research, have identified a gene malfunction that appears to explain why a significant percentage of children with asthma fail to respond to corticosteroid treatment.

The findings, published April 21 in The Journal of Allergy and Clinical Immunology, indicate that testing for the gene VNN-1 could help identify children who need an alternative to the most common treatment for chronic asthma and acute asthma attacks.

Progress against a major challenge

"Difficult-to-treat patients account for over 50 percent of health care costs associated with asthma," says Gurjit Khurana Hershey, MD, PhD, senior author of the study and director of the Division of Asthma Research at Cincinnati Children's. "There are new drugs that may be helpful, as well as those that affect the VNN-1 pathway, but they have not been tested in asthma. This study provides the basis for a biomarker to determine which patients might be best to target with new treatments."

Asthma affects nearly 26 million people in the U.S., including 7 million children, and many do not have good control of their condition. Nearly two-thirds of asthmatic children report at least one attack a year. Meanwhile, effective treatment is either absent or incomplete for an estimated 40 to 70 percent of cases.

Children who do not respond well to systemic corticosteroid therapy represent a subset of those coping with ineffective treatment.

The Cincinnati Children's team found VNN-1 by performing genome-wide analysis of nasal epithelial cells collected from 57 children admitted to the hospital after experiencing acute asthma exacerbations. Starting with a candidate list of 20,000 genes, the team screened the list down to eight strong possibilities before singling out VNN-1 as the most likely candidate.

A series of lab tests revealed that VNN-1 expression is required for inhaled corticoids to work during an asthma attack. In non-responding patients, researchers found a biochemical variation in the VNN-1 molecular network that hindered its expression. The team confirmed their findings in studies of mouse models.

This is the first study to report that improperly regulated expression of VNN-1 and its mRNA, which help translate and transmit genetic information, play a role in asthma. Now the research team is studying in more depth how VNN-1 contributes to airway inflammation and hyper-responsiveness in asthma. The team also has begun testing drugs that target the VNN-1 pathway to determine which, if any, might be useful as asthma treatments.

In addition to Hershey, the team behind the new findings included first author, Chang Xiao, MD, PhD, and colleagues from the divisions of Allergy and Immunology, Human Genetics, Hospital Medicine, Emergency Medicine and Pulmonary Medicine at Cincinnati Children's, and the Department of Pediatrics at the University of Cincinnati College of Medicine.

Register today for our e-newsletter for physicians. Receive the latest information on clinical advancements, research updates and news from Cincinnati Children's.